Diet of Birds of Prey

Understanding what birds eat and the overall diet they prefer can be fascinating! It is also essential to know what to feed birds to attract them to your backyard or where to look for foraging birds in the field. Every bird has different dietary preferences, and if you know what the different types of diets are, you can use those preferences to your advantage when birding. Before we discuss the common birds of prey and their diets, let’s go over some basic terminology that clarifies the types of meals that most birds consume. 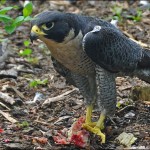 Describes a carnivorous diet that consists of mostly birds. Some birds of prey feed heavily on smaller birds and are considered to have an avivorous diet, and other birds of prey will occasionally feed as avivores if there are plentiful birds to eat or other prey is scarce. Avivorous birds are strong, agile fliers that are capable of surprising their prey in the air or pursuing a panicked bird. They also frequently have strong legs and talons in order to grab their prey successfully on the wing, though many avovirous birds will seek to surprise prey while it is on the ground.

Both large and small birds of prey can be avivores. Urban peregrine falcons are frequently avivores and feed mostly on rock pigeons, while avivorous backyard hawks such as the sharp-shinned hawk or Cooper’s hawk are more likely to feed on smaller birds such as sparrows and finches, though they will take birds as large as doves.

Many backyard birders take extensive steps to protect backyard birds from hawks, such as providing shelter so small birds can hide when a bird of prey is nearby. 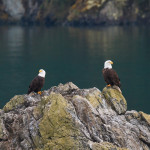 Describes a diet that consists primarily of meat, typically mammals, birds, amphibians or reptiles, that is obtained either through hunting or scavenging. Birds of prey such as hawks, falcons, eagles, osprey, vultures, and owls are carnivorous birds.

Carnivorous birds may hunt prey on the ground or catch prey in midair in the case of bird-eating raptors. Carrion is also a popular food source for carnivorous birds, particularly vultures. 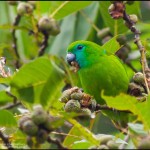 Describes a diet that consists primarily (though not necessarily exclusively) of fruit, including tree fruits such as bananas, apples, pears, and oranges as well as berries. Frugivorous birds often have specialized bills to help them eat fruit most efficiently by cutting through or removing the skin, husk or hull of preferred fruits.

Many birds are frugivorous, including waxwings, hornbills, and toucans, while other species such as parrots and orioles show a marked preference for fruit but also eat significant quantities of other foods. It is common for frugivorous birds to eat insects during the breeding season when growing hatchlings require high amounts of protein for proper development.

Frugivorous birds play an important role in the ecosystem by spreading fruit seeds to distant areas either by caching food or distributing the seeds through their droppings. This can help replenish the necessary fruit supplies for the birds to thrive and helps restore plentiful habitats. 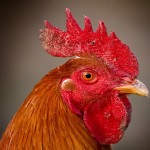 Describes a diet that consists primarily, though not exclusively, of seeds and grain. This is the primary diet for many types of birds, especially game birds, sparrows, and finches. Granivorous birds can also eat other things, and many species will consume insects as a source of protein for growing chicks during the nesting season.

Granivorous birds can be a problem in agricultural areas where flocks may destroy grain crops. At the same time, depending on the exact seeds a bird may prefer, some species – such as the lesser goldfinch – are welcome because of the great quantities of weed seeds they can consume.

Granivorous birds often have specialized bills to eat their preferred seeds more efficiently. For example, larger birds may have thicker, stronger bills to crack the shells of larger seeds, whereas finches and crossbills have thin, tapering tips to their bills that allow them to pry seeds out of pine cones and small flowers.

To attract seed- and grain-eating birds, offer different types of birdseed in appropriate feeders, including both tube feeders and open trays that can accommodate large numbers of feeding birds. For a natural food source, plant seed-bearing flowers for birds and allow the seed heads to remain on the flowers for birds to feast on during autumn and winter. 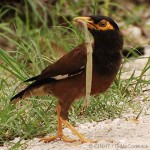 Describes a diet that consists primarily of insects, including aquatic insects, ants, and spiders. Many birds have at least a partially insectivorous diet, and insects are a critical source of protein for many growing nestlings. While young birds are still dependent on their parents for food, they may be fed mostly insects, even if their mature diet will be much different. To be considered insectivorous, a bird does not necessarily need a diet exclusively of insects, but the insect proportion is quite significant.

Insectivorous birds forage in different ways. They may catch insects in flight or pick them from plants, leaves, water or leaf litter. Small birds are often seen hawking, a foraging method that involves small, hovering flights to pluck insects before returning to a nearby perch. Small birds of prey, such as the American kestrel, will hover or soar to find large insects in open fields.

While most birds will eat at least some insects, types of birds that are primarily insectivorous include swifts, swallows, flycatchers, and warblers. Backyard birders can attract insectivorous birds by avoiding the use of insecticides and pesticides on their landscaping or by offering mealworms at their bird feeders. Some suet blends are also made with insects and mealworms. 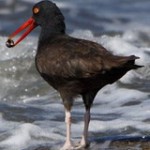 Describes a diet with a high proportion of mollusks, including snails, oysters, clams, and slugs. Many shorebirds eat a wide variety of mollusks, and their bills are frequently specialized in terms of length and shape to probe into sand and mud to find suitable prey. Strong jaws and sharp bills also help these birds break or smash shells and otherwise capture their prey.

While most shorebirds and many wading birds will consume some mollusks, the most molluscivorous birds include the oystercatchers, limpkin and snail kite, all of which subsist primarily on mollusks. Other birds that will eat mollusks occasionally include mergansers, ducks, coots, dippers, and spoonbills.

Molluscivorous birds are especially sensitive to water pollution and changing water levels that can affect their access to oyster beds and prime feeding areas. 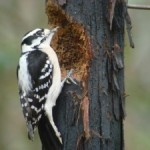 Describes a diet that consists mainly of plant juices or sap. While the nectar of flowers could be considered part of a mucivorous diet, the term nectivorous is more commonly used for nectar-drinking birds. Sap provides a similar energy source and is often preferred by larger woodpeckers, which will drill holes to access sap. Other birds will feed from those same sap wells after the woodpecker has finished, and hummingbirds, waxwings, kinglets, and some warblers also have partially mucivorous diets. Even larger songbirds such as northern cardinals have also been observed drinking sap.

Sap can be a vital part of a bird’s diet at any time of year, but it is particularly vital for many winter birds when other food sources may not be as readily available. Some birds will also use sap wells to forage for insects that get stuck in the liquid, giving them an insectivorous component to their diet as well.

Backyard birders who want to attract mucivorous birds should plant plentiful trees and take other steps to attract woodpeckers and similar species, such as feeding suet or leaving dead trees intact for nesting. 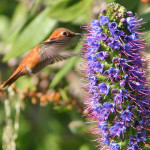 Describes a diet that includes a high percentage of nectar, though other food sources such as fruit, insects, and sap may also be consumed in small quantities. Nectivorous birds get their food primarily from nectar-producing flowers, though nectar feeders are a prominent food source in urban and suburban areas.

Depending on the species, nectivorous birds may have specialized bills to most efficiently forage for nectar. Many species have long, thin bills that can reach deep into flowers, while other birds may have specialized bill shapes that allow them to pierce the base of flowers to access nectar wells. Hummingbirds are the most familiar nectivores, though other nectivorous bird species include the bananaquit, sunbirds, honeycreepers and orioles. Woodpeckers also have a partially nectivorous diet. Outside the avian world, many insects and bats also feed primarily on nectar.

To attract nectivorous birds, plant nectar-bearing flowers with repeated blooming cycles or staggered bloom stages so there is always a ready food source available. Supplementing the flowers with nectar feeders and a simple nectar recipe is ideal for attracting even more birds. Because many nectivorous birds also eat insects, it is also important to avoid harsh insecticides that would eliminate that food source.